The program includes robust mentoring teams to assess the educational needs of the individual scholars and to provide them with personalized career development opportunities. In addition, it provides career development resources (formal coursework, peer mentoring, and career guidance) to scholars across disparate areas of expertise.

Eligibility & How to Apply

This program is for early career investigators who have or will have a faculty appointment at the time of receiving the award. Individuals belonging to groups that have been traditionally underrepresented in biomedical, clinical, behavioral, and social sciences (e.g., certain racial, ethnic, and gender minorities and individuals from disadvantaged backgrounds and individuals with disabilities) are strongly encouraged to apply to this program.

Northwestern receives $18.1M to study the most common type of heart failure
Diastolic heart failure affects 2.5M Americans; little is known about its causes, how to treat it.

Questioning Dogma: Study Sheds New Light on Heart Failure with Preserved Ejection Fraction
Ravi Patel became involved in the research through his KL2 mentor Sanjiv Shah, MD, who was the principal investigator on the project.

The NUCATS Institute has compiled a list of frequently asked questions regarding the KL2 application process. 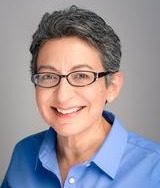 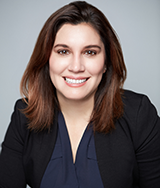