Having had COVID-19 protects from future infection for only a moderate period of time, according to study

When it comes to the evolving SARS-CoV-2 pathogen, local studies can reveal the most useful information about viral behavior in a locale. A recent closed cohort study recently looked into the SARS-CoV-2 antibody status of healthcare workers in the Chicagoland area over a six-month period. The research team included co-principal investigators Charlesnika Evans, PhD, and John Wilkins, MD.

“It's really from closed cohorts that you can start to measure with a higher degree of certainty things like rates of events that occur over time,” says Wilkins. “We thought this study could provide a helpful estimate of what that reinfection rate can be expected to be in healthcare workers in the Midwest, or at least in the greater Chicago metropolitan area.”

The study sought to assess the risk of infection in people who had antibodies due to natural infection, and how those risks differed from individuals who did not have the antibodies. 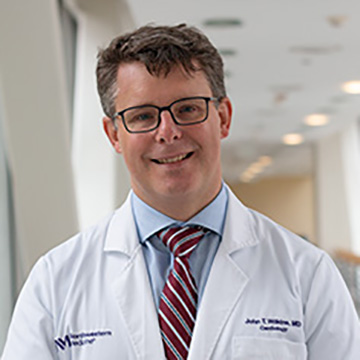 The paper, “Serologic Status and SARS-CoV-2 Infection over 6 Months of Follow Up in Healthcare Workers in Chicago: A Cohort Study,” was published in Infection Control and Hospital Epidemiology. It followed up a study conducted in the United Kingdom that similarly investigated healthcare workers’ antibody response.

“In Chicago compared to the UK, we had different case rate densities, we probably had different viral clades,” says Wilkins. “We clearly have different political environments, different behavioral characteristics, different SARS-CoV-2 mitigation strategies. The background rate of SARS-CoV-2 and the differences in these behaviors can certainly affect an observed reinfection rate.”

The research team launched the project in May 2020 with the support of the Northwestern University Clinical and Translational (NUCATS) Institute.

“We received a substantial amount of startup funding from NUCATS, which assisted us with cohort inception, in particular,” says Wilkins. “Setting up a cohort of over 6,500 healthcare workers in about a month and a half required considerable resources. And testing antibodies in 6,500 people was expensive.”

The researchers administered an antibody test to the Northwestern Medicine healthcare workers who volunteered for the study. They were categorized as seropositive or seronegative at baseline then re-tested for antibodies six months later. The researchers tracked participants’ health through periodic surveys asking for information on any recent COVID tests and symptoms. 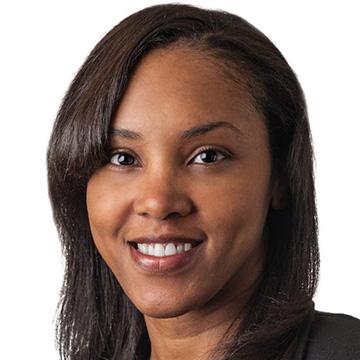 Charlesnika Evans, PhD, MPH, professor of Preventive Medicine, is currently working on a publication about rates of vaccine hesitancy and what predicts vaccine hesitancy in healthcare workers. The team is also looking into the duration of antibodies post-vaccination and is beginning a new study using members of the same cohort centered around healthcare workers’ well-being.

“For someone who was antibody-positive at baseline, we used stricter criteria because there can be prolonged viral shedding,” says Wilkins. “If that PCR positive result occurred within 90 days of their positive antibody result, it wasn't clear if that PCR positivity was due to the initial infection that gave them the positive antibody or if that represented new infection. To counter that, we instituted a 90-day blanking window on people who were seropositive baseline.”

“There is vaccine hesitancy, and it even occurs within healthcare fields,” says Wilkins. “I think understanding the observed rates of reinfection in people who've had natural infection in the past is helpful to communicating the risks to those who have been hesitant to be vaccinated.

“Understanding some of the effects of the pandemic on healthcare worker burnout, and again psychological well-being, was clearly a relevant issue and something we thought that we may be able to address in a cohort study such as ours,” says Wilkins.

Since the beginning of the study, many team members have put in long hours to keep the research going.

“My gratitude list is extraordinarily long,” says Wilkins. “There's my team, but there were a lot of other people that really chipped in to help make this happen. The financial support of NUCATS was a large part of that as well.”