Although remdesivir is the only FDA-approved antiviral drug to treat COVID-19, questions linger about its efficacy. Just as the virus itself can mutate to spread more easily — consider the Delta variant — it can also evolve to outmaneuver treatments.

“One major concern whenever you have a new antiviral is the evolution of antiviral resistance,” says Judd Hultquist, PhD, assistant professor of medicine. “The idea is that SARS-CoV-2 could mutate and evolve to no longer be susceptible to the drug. And that of course would mean that the drug would no longer be an effective tool against the COVID-19 pandemic.”

Hultquist is associate director of the newly-founded Center for Pathogen Genomics and Microbial Evolution and recent recipient of an R21 grant from the National Institutes of Health that will allow his team to investigate the risk of SARS-CoV-2 remdesivir resistance. Remdesivir is often given to hospitalized patients with severe COVID cases.

Since March 2020, Hultquist and his team have been collecting residual diagnostic samples from Northwestern Memorial Hospital and sequencing SARS-CoV-2. The research team is analyzing the viral genomes from patients with COVID-19 before and after they received remdesivir to look for evidence that the virus evolves over time to resist the drug. 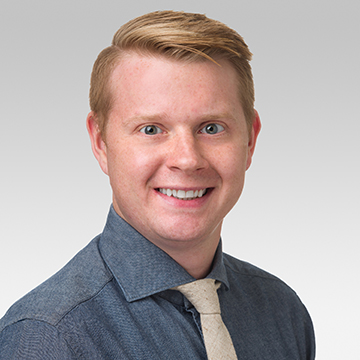 “We have found in our sequencing so far that the virus does change inside people, particularly people who are sick or hospitalized for a long time,” says Hultquist. “But so far, none of the mutations we have found, as far as we can tell, are driving remdesivir resistance. We've catalogued a large number of mutations that are arising within a host, but we haven't been able to definitively link any of those to the drug.”

Just because Hultquist and his team haven’t identified remdesivir-driven mutations doesn’t necessarily mean they won’t arise. And even if they don’t, that is still an interesting result nonetheless.

“It could be that the drug just is not that effective, which several studies have suggested,” says Hultquist. “And if the drug is not that great, the virus has no selective pressure to evolve around it. But it could also just mean that the mutations are rare and hard to find.”

Hultquist’s team launched this research in March 2020 with the help of a Dixon Translational Research grant from the Northwestern University Clinical and Translational Sciences (NUCATS) Institute. Once Hultquist gathered initial data, he applied for an R21 grant from the NIH, along with collaborators Michael Ison, MD, Ramon Lorenzo Redondo, PhD, Lacy Simons, and Egon Ozer, MD, PhD. 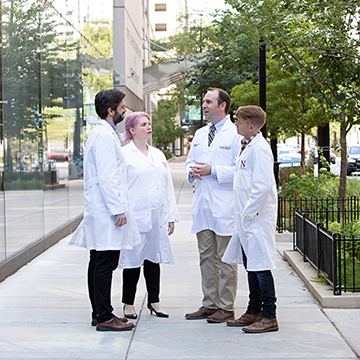 “NUCATS was incredibly helpful in making sure that we were able to collect the samples we needed to collect and to get the preliminary data that we needed to get in order to write the successful R21 application,” Hultquist says.

After applying for the R21 in October, Hultquist got notice in May that they had received funding for the project. The two years of funding from the NIH for this exploratory project will help the team look into potential antiviral drug resistance through sequencing of SARS-CoV-2 and targeted biochemical assays in the lab.

“What I hope we're able to accomplish with this funding is to establish the groundwork for a more robust program between Northwestern Memorial Hospital and the University for using sequencing as a way to assess antiviral and antimicrobial resistance in the clinic,” Hultquist says.

Hultquist’s team is currently investigating viruses they have identified in patients with COVID who have been hospitalized for multiple months. The mutated viruses that developed within those patients may explain how new COVID variants have arisen.

“We've now found a couple different viruses in long-haulers that have unique spike proteins with giant deletions in them. It looks like these deletions help the virus escape antibody neutralization,” Hultquist says. “What's really interesting about those deletions is they're very similar to the deletions in the new lambda variant-of-concern. One model for the evolution of these new variants then is their evolution in people with long-term COVID.”

With the suggestion that some viruses and their variants originate over long courses of disease, the team is looking to expand this new research beyond SARS-CoV-2 and remdesivir. Hultquist, who also works on other viruses including HIV, says this research holds potential applications for understanding other pathogens and microbes that show antiviral resistance. Sequencing can help scientists identify resistance mutations and eventually help develop ways to work around those mutations.

“We're hoping that we're going to be able to bridge the work we're doing with COVID to other pathogens in order to expand that sort of resistance surveillance in the hospital, and then hopefully more broadly into the Chicago community,” Hultquist says.